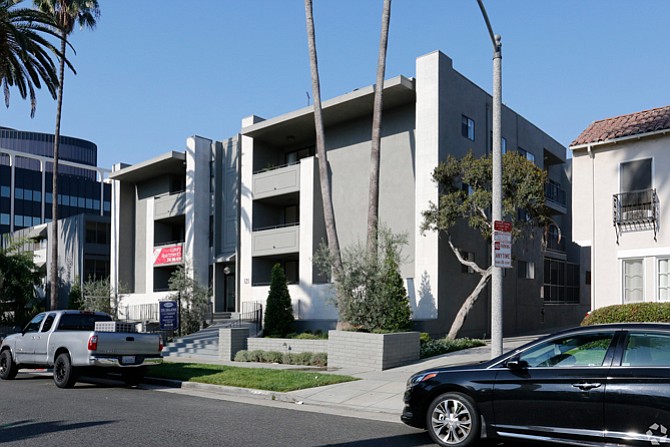 Investors have begun to look south, snatching up properties in Inglewood, Hawthorne and other submarkets that are getting a fresh look amid the runup of prices from downtown through the Westside.

Golden Bee specializes in rehabilitating and developing housing in areas that have walkable, transit-friendly urban neighborhoods. The firm plans to spend $1.5 million in capital improvements to bring in tenants with higher incomes, or Section 8 tenants, he added.

Equity for the acquisitions was raised through high-net worth individuals and crowdfunding websites RealCrowd and RealtyShares, according to Golden Bee, while the properties were purchased from several private individual sellers, said Golden Bee Properties President David Berneman.

Hawthorne, Inglewood and other parts of southern Los Angeles County are seeing increasing investment due to Metro’s pending Crenshaw light rail line, which is under construction, and the anticipated Los Angeles Stadium and Hollywood Park entertainment district in Inglewood, Berneman said.

“We’ve seen quite a dramatic change in the local economy and local investment occurring in this particular pocket of Los Angeles, so we’ve been pretty bullish on it,” Berneman said.

Millard Place was initially condominiums when it was built in 2015, according to Jonsson.

A total of 14 of the overall 18 dwelling units were operated as apartments, while four remained as condominiums, allowing a purchaser of the property to sell the condominiums individually, according to Jonsson. He said the buyer plans to continue operating the arrangement as it is for now.

“What was unique about the deal was the seller had purchased it in 2015, and since then had done high-end renovations to every one of the 18 units throughout the property,” Jonsson said. “It’s near the intersection of La Cienega and Wilshire, right near restaurant row where they’re putting in the new Metro (Purple Line) stop in a few years, so it will be able to command significantly higher rent with high-end units in a great location.”

Mosaic Gardens, developed by Long Beach-based nonprofit developer LINC Housing Corp., offers 45 units plus one manager’s unit, according to the Community Development Commission of the County of Los Angeles.

“The statistics we have say that 22 percent of the population in Pomona here is living below the poverty level,” said CDC acting Executive Director Monique King-Viehland.

Staff reporter Neil Nisperos can be reached at nnisperos@labusinessjournal.com or (323) 556-8337.