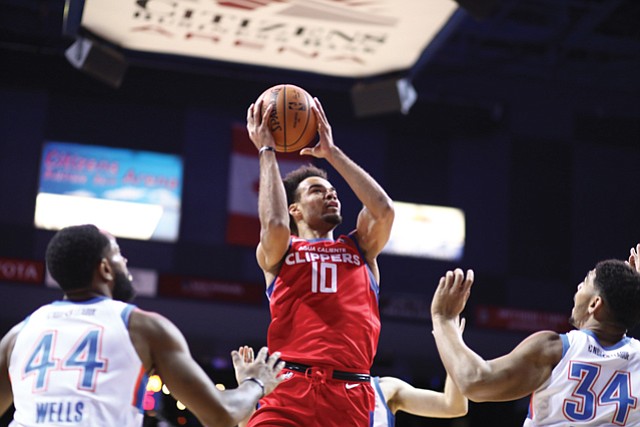 The Los Angeles Clippers extended its sponsorship deal with Agua Caliente Casino Resorts into the 2018-2019 season with the casino purchasing the naming rights to the team’s minor league affiliate for the second straight season. Deal terms were not disclosed.

The agreement keeps the Clippers National Basketball Association G League affiliate named the Agua Caliente Clippers of Ontario. Agua Caliente Casino Resorts has been a sponsor of the team for four consecutive years. The G League squad tipped off their 2018-2019 season on Nov. 4 at Citizens Business Bank Arena in Ontario.

“Agua Caliente has been an essential part of the Clippers experience for the past three seasons,” Gillian Zucker, president of business operations for the Clippers, said in a statement. “Their support of the Agua Caliente Clippers was critical as we launched our new G League team, and their contributions to our game entertainment in L.A. help us ensure Clippers fans have the best experience possible.”

The Agua Caliente Clippers’ season is 50 games and ends on March 23. Twenty-four games are played at home at Citizens Business Bank Arena.

The Rose Bowl announced earlier this year an official partnership with Bothell, Wash.-headquartered bottled-water distributor Essentia Water. The venue deal is not exclusive but marks the first time Essentia bottled water will be available for purchase during all UCLA football home games and at other Rose Bowl events.

The partnership between Essentia and the Rose Bowl will run through June 2020, which gives the company two full seasons to have its product sold at the Pasadena venue. IMG College, which serves as the official multimedia rights holder and main negotiator on behalf of the Rose Bowl, brokered the deal.

“We are so pleased to partner with Essentia and grateful for their support of our stadium,” Paul Engl, general manager of IMG College, said in a statement.

In addition to its bottled water being available during UCLA football games, Essentia water will be sold during the annual Rose Bowl game on New Year’s Day, the AmericaFest Fourth of July celebration and International Champions Cup soccer matches. It was already sold at performances by Ed Sheeran, Jay-Z and Beyonce. Along with having its water sold inside the stadium, Essentia will have a presence outside of the Rose Bowl at so-called FanFests that take place before many major events.

“Rose Bowl Stadium has served as a home to countless overachievers throughout the years, which makes the partnership a great fit. We are thrilled that IMG College chose Essentia to be available at such a historic venue,” Karyn Abrahamson, chief marketing officer of Essentia Water, said in a statement.

The Los Angeles Kings debuted a new “Hockey Night in Los Angeles” event Nov. 3 as part of the team’s contest against the Columbus Blue Jackets.

The series of 13 events is set to take place during Kings’ Saturday home games, with activities in and around the Staples Center. Select portions of the event will be broadcast on Fox Sports West as part of the channel’s pregame show.

The events will feature celebrity guests. The first iterations of the program had ABC sitcom actor Eric Stonestreet and local radio host Kevin Ryder, as part of the “Hockey Night” broadcasts on Nov. 3 and Nov. 10, respectively. The Kings plan to use the new platform to televise features specifically geared toward youth hockey in Southern California.

The next “Hockey Night in LA” is slated for Nov. 24 when the Kings take on the Vancouver Canucks.