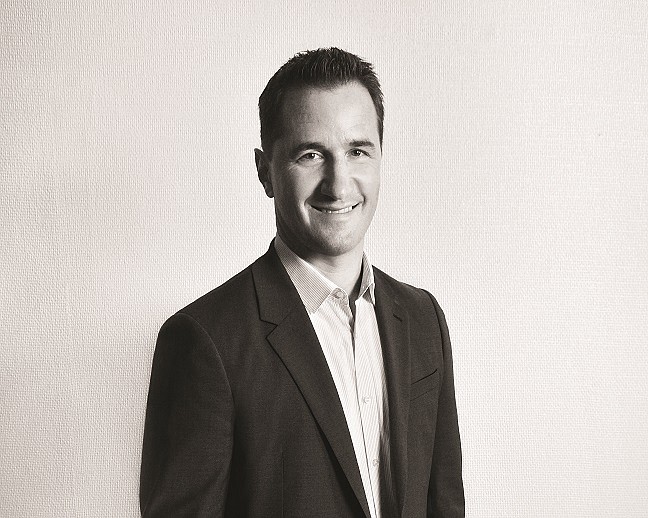 When Douglas Eroh took the reins as president and general manager at Longo Toyota in November 2018, he had a legacy to uphold — the dealership has been Toyota Motor North America Inc.’s top performer for more than half a century.

Eroh’s route to the corner office at Longo Toyota included numerous pit stops, each adding to his leadership acumen. The president and general manager of the El Monte-based dealership spent 19 years on the manufacturing side, 15 years with Toyota and four with Lexus, the automaker’s luxury division.

He joined Longo’s parent company, Penske Motor Group, in 2015 as executive vice president, learning the ropes from his predecessor, Brendan Harrington, who now serves as the group’s chief operating officer.

The Business Journal caught up with Eroh and Harrington to discuss staying ahead of the pack. 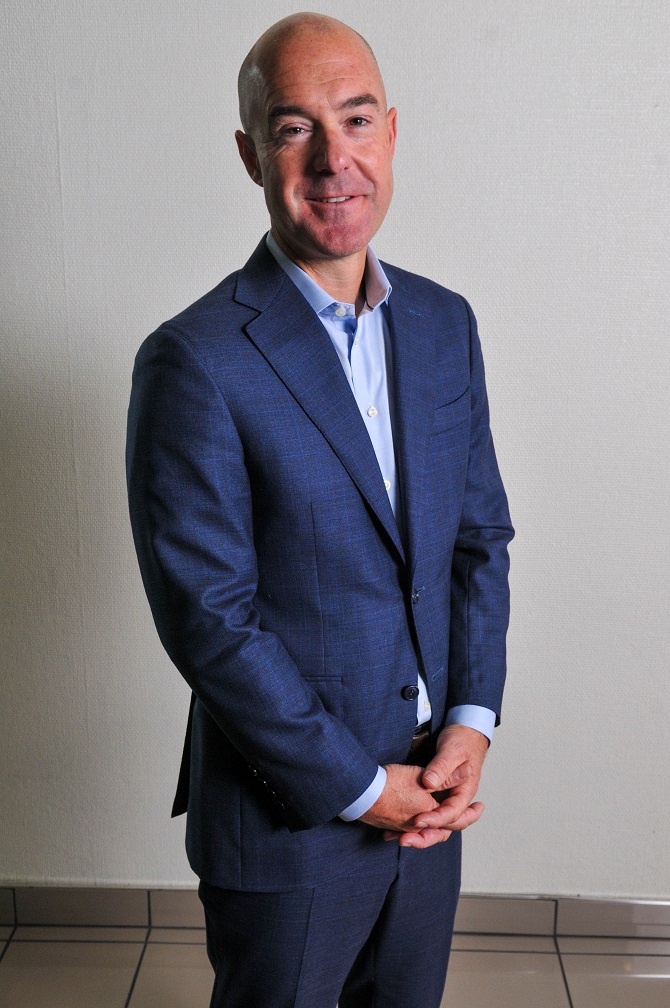 What’s Longo Toyota’s secret sauce? Harrington: Doug and I run the operations in tandem, and that’s the secret sauce here at Longo campus — it’s not about just one of us. It is about a team that really knows what our goals are and where we’re going, and our job is to help remind them and sometimes show them a new slightly different direction.

The story here is about many people doing great things for many years. We actually built the Hall of Champions downstairs as a subtle reminder about all the people that have made this possible over the years. It’s the collective success that has made this place No. 1.

What are some of the challenges auto dealerships are facing these days, and what is your approach to solving them? Harrington: (You have to) treat this business as a career instead of a stopping spot. One of the things that Doug and I spent a lot of time on the last seven, eight years is developing academy-style training in every single department, so there’s a clear career path for people coming in. … The biggest challenge is people always say, “I don’t have people I can promote,” and the reason we have people to promote is because we invested in those people a long time ago. We used to have new hires. I said, “Forget new hires — we’ll call them future all-stars,” and the idea was that if you don’t know what that person’s next job will be, don’t hire them. … We have a 10% (turnover rate), and that’s mostly retirement or something like that.

Eroh: Another challenge is the evolution of the business digitally where a much larger piece of our business is being transacted online. We have an online platform that a tremendous amount of our guests use. … They don’t all take the process all the way through because automotive is a complex transaction, and they want to stop and jump off and deal with a person. … But if somebody wants to buy a car like they buy something on Amazon, they can absolutely do that.

Harrington: We deliver about 30% of our cars remotely at Toyota and about 60% of our cars at Lexus. We’ve really pushed hard to use technology to help make that process a lot quicker and easier for our guests for the last couple years.

Some credit Longo Toyota’s early success to the popular radio ads in which KFI AM 640’s Roger Barkley pretended to interview the founder, Dominic Longo, impersonated by his co-host Al Lohman. How do you approach marketing the dealership?

Eroh: Obviously we are a huge advertiser even at that number, but we make the same investment to retain our guests as opposed to just always blasting out (ads), trying to get new ones. About 80% of (our) dealership’s sales are repeats or referrals.

What is the dealership’s annual revenue?

Harrington: The revenue question is something we really actively avoid because the number’s quite large, and when people see it, they assume that’s how much money we’re making. 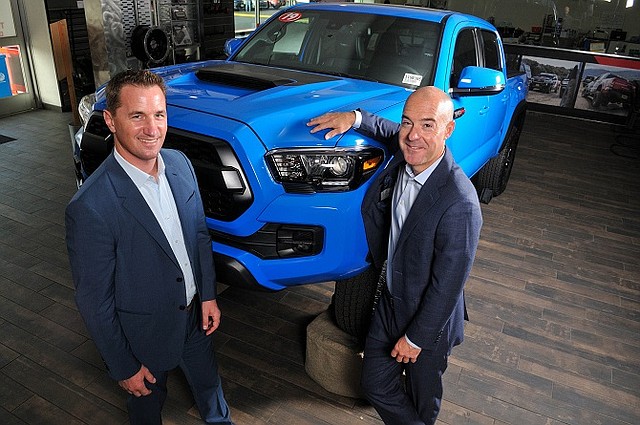 Eroh: The automotive (industry) is a very low-margin business.

Is Longo Toyota looking at different roles a dealership may assume in the future? Eroh: We kicked off a pilot program in partnership with Toyota Financial Services that enables Uber or Lyft drivers to borrow a Prius that recently came off a lease for a small fee. Toyota owns the vehicles while the dealership acts as a fleet manager. We make sure the cars are clean, detailed and serviced, and we provide 24-hour security. People have a comfortable place to come and get these cars — not some random parking lot somewhere, but a familiar place right off the 10 Freeway. They have an app that allows them to open the car and drive, so there’s no keys involved. It’s very cool, seamless technology. … One of the benefits to us is getting the experience and insights on how this type of model can operate in the future.

What is your vision for Longo Toyota for the next 50 years? Eroh: We have to be sort of ambidextrous and be really good at today while also keeping one foot in what’s happening around us in terms of tomorrow. There’s a lot of shiny objects out there, whether it be car-sharing or subscription services or things like that. … We will try and test a lot of different things and see how they work and if they are effective in drawing us new business.