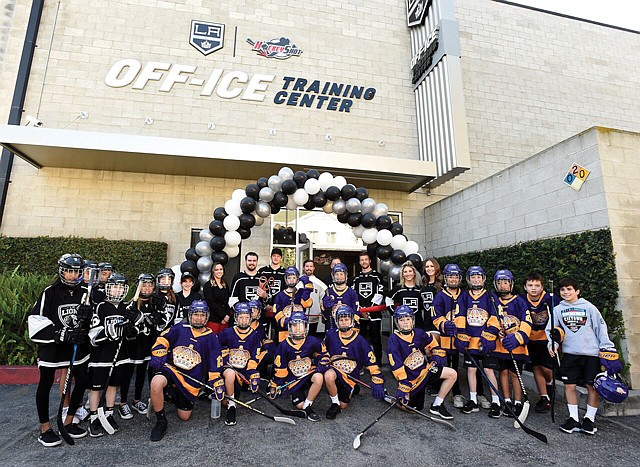 Coming off an NBA Team Innovation Award in January, the Los Angeles Clippers kicked off 2019 with a pair of new technology-centered partnerships.

The team announced a three-year sponsorship agreement with West Hollywood-based blockchain company Amalgam, which includes signage during home Clippers games and a booth where the company will provide information about blockchain and cryptocurrency to fans.

“Innovation and technology are at the forefront of who we are at the Clippers and Amalgam is a leader in blockchain technology, so this partnership is a natural fit,” Gillian Zucker, the Clippers’ president of business operations, said in a statement. “We’re proud to consistently improve and grow in all business categories and are excited about the potential to use blockchain technology to improve our overall business functions as our partnership with Amalgam evolves.”

The Clippers also teamed up with Santa Monica-based augmented reality advertising and software provider Vertebrae Inc., launching an augmented reality experience that gives fans the opportunity to play a basketball shootout game on their phones or other mobile devices.

The mobile game was developed to bring an in-arena game, called “Moneyball Challenge,” to Clippers fans at home. Vertebrae helped the Clippers move the game to mobile devices. It allows players to use a smartphone camera to shoot a basketball into a virtual hoop appearing on their device.

The Los Angeles Kings have agreed to renew a multiyear sponsorship deal with HockeyShot Inc., a Canadian online hockey equipment retailer. Money from the deal will be used by the Kings to build a new training center at the team’s practice facility in El Segundo. This deal was negotiated by downtown-based Anschutz Entertainment Group Inc.’s Global Partnerships division.

“Expanding our partnership with HockeyShot, a true leader in its industry, for the creation of the ‘Off-Ice Training Center’ was an easy decision,” Kings President Luc Robitaille said in a statement.

The training center will be used by the L.A. Kings and their affiliate team, the Ontario Reign, and youth team, the Los Angeles Jr. Kings. It will also be available for private groups and open for public use. The facility is open to the public from 2 p.m. to 9 p.m. every day, and Kings’ players will have the opportunity to rent out space to coordinate and train for their personal use.

The center will operate on a 1,200-square-foot synthetic ice-like surface provided by HockeyShot. The training center will have designated areas for players to improve on their off-ice hockey abilities ranging from shooting accuracy, stick handling and other skills not associated with ice skating.

As the official sponsor of the facility, HockeyShot is given retail space in the facility where athletes – both professional and amateur – can test and purchase the company’s equipment. The training center opened to the public on Jan. 28 and is the first HockeyShot sponsored National Hockey League training center.

Tadlock will be tasked with overseeing all facility operations and event production at the stadium for concerts, music festivals, sports and special events. He will work under Adam Friedman, Banc of California Stadium’s president.

Tadlock is moving on from his post at SMG Holdings Inc. where he served as a regional vice president overseeing and managing nine general managers and 14 venues in the United States and Canada.