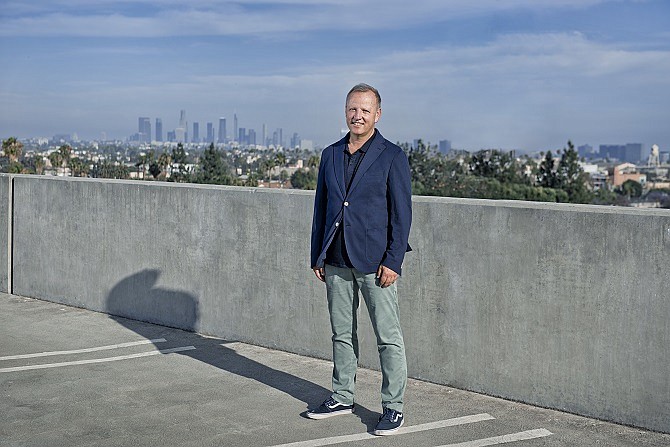 Making electric cars isn’t cheap. In fact, it’s so costly, even manufacturers who are able to successfully bring a car to market rarely reach profitability.

That’s the challenge facing two L.A.-based electric vehicle-makers as they try to transition from prototype to mass production.

For Gardena-based Faraday and Future Inc., the difficulty in making a production-ready vehicle has brought on mounting debt and anxious creditors. The firm has also hemorrhaged talent, much of which has jumped ship to rival electric vehicle-maker Evelozcity Inc., based in El Segundo. Evelozcity is attempting to make a cheaper vehicle, targeting the consumer market through a subscription model, a relatively new proposition for an electric carmaker. The company has yet to reveal its first vehicle publicly while Faraday has shown off three models so far.

“If we are honest and analytical about it, nobody is making money with electric cars,” said Krause, who attributed financial challenges to lack of low-cost, high-yield batteries and orthodox designs.

The difficulties for the car companies don’t stop with technical aspects, however, and one of the biggest issues for both Faraday and Evelozcity isn’t a production problem at all.

“If there’s one thing that 2018 taught us is that it doesn’t stop when you produce a vehicle if you have aspirations to be a large-scale auto company. Producing the vehicle doesn’t even seem like half the battle,” said Jeremy Acevedo, manager of industry analysis for Santa Monica-based auto research firm Edmunds.com Inc. “The bigger impetus is to not get lost in the fray.”

Faraday was the first of the two electric consumer vehicle-makers to jump into the marketplace. The company was founded in 2014 by Chief Executive Jia Yueting, who before Faraday was the founder of Chinese online video outlet LeCo and Singapore-based telecommunications firm Sino-Tel Technologies Co. Ltd.

Faraday unveiled its first electric car in January 2016, targeting the high-end market with a luxury design.

Faraday’s funding problems worsened by January 2017 when it was reported the company owed more than $300 million to creditors. Separately, a Shanghai court in May 2017 froze $183 million of Yueting’s personal assets and $2.3 billion in shares he owned in LeCo, according to a report by CNBC.

Krause ultimately left Faraday in October 2017 and formed Evelozcity two months later. He declined to comment on the reasons for his departure or on anything that happened internally while he was at Faraday.

After Krause’s departure, Faraday received a $2 billion bailout round led by its main investor, Chinese health management company Evergrande Health Industry Group Ltd. Co. in December 2017. Faraday spent the first $800 million installment of the $2 billion in just under five months, according to The Verge. The company wanted to seek more outside investment, but Evergrande tried to block the move, and the parties went to arbitration in Hong Kong. Faraday was ultimately allowed to seek additional backers, and on Dec. 31, announced it will split with Evergrande. A Faraday spokesman called Evergrande’s ongoing involvement “limited” now, but confirmed Evergrande will own nearly a third of Faraday’s shares in the joint venture.

Faraday is now free to seek more funding and eventually deliver a car, but it will have Evelozcity to compete with.

Two months after leaving Faraday, Krause formed Evelozcity with Kim and Ulrich Kranz, who was Faraday’s chief technology officer from July 2017 until October 2017.

Krause believes Evelozcity can remain relevant and tackle some of the technical issues that have made electric vehicles costly and cut down on profitability.

By removing the combustion engine compartment, building all cars on a universal chassis and outsourcing manufacturing, Krause said Evelozcity can cut costs and reach a profit.

“We decided the electric platform allows you to put all the tech in the floor of the car and use the top of the car completely,” Krause said.

He said Evelozcity has investors committed to fund the company “all the way to start of production” but wouldn’t confirm the amount of funding raised. He did say it usually takes a large sum of money to get the initial concept to market.

“It typically takes around $1 billion for (electric vehicle) firms to launch their first car,” he said, adding that Evelozcity was funding its plans with private wealth instead of institutional investors.

Evelozcity is aiming to reveal its first car by 2021.

The company is also looking to roll out what it’s calling a subscription model, which is similar to a car lease but with some added flexibility that would allow for shorter contracts and weekend-only usage. Evelozcity also plans to eventually incorporate self-driving technology to make better use of the subscription model.

Several subscription-based firms like West Hollywood-based Borrow and Santa Monica-based Fair offer a compilation of different cars with limited rental and insurance options, but Evelozcity wants to rent out only its own vehicles.

“We’ve got an ecosystem that’s continually growing,” said Judy Kruger, director of advanced transportation at Los Angeles County Economic Development Corp. “There won’t be a challenge to access the market for a company that has a lower price point. We’re in the market for a more affordable type of electric vehicle, especially if there’s a subscription-based platform that’s affordable.”

Evelozcity may be optimistic, but Acevedo said it must be careful going forward.

“With every electric vehicle startup that we see becoming more impressively and thoroughly backed and financed, it’s easy to forget the long trail of forgotten and defunct startups that we talked about in the same breath not too long ago,” said Acevedo. “It’s a bit of folly looking at the one successful iteration than startups that went through impressive and massive cash burn, then couldn’t field any vehicles or establish real sales.”

Acevedo noted the electric vehicle segment is growing, predicting national market share increasing to 2.4 percent in 2019. In California, electric vehicles or hybrids accounted for 1.9 percent of the market last year, which Acevedo said was “hugely up over 2017. … California is leading the market in all things green, (and) that’s definitely reflected in the sale of green vehicles.”