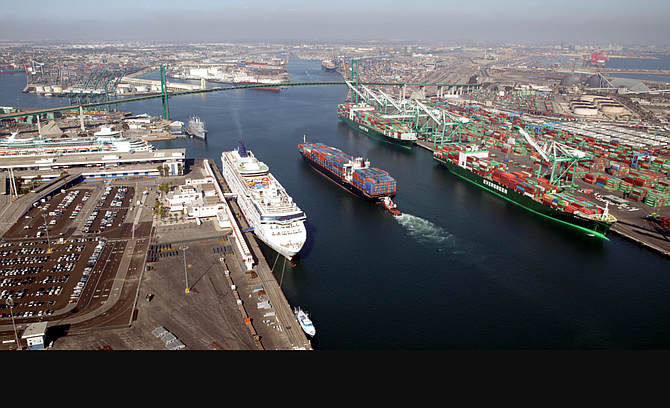 A dockworker was killed and another seriously injured while working on a vehicle that moves containers at the Port of Los Angeles terminal early Wednesday morning, officials said.

A spokesperson for Councilman Joe Busciano said a security guard initially alerted police of an accident when “a tire from a top loader blew up” around 7:30 a.m. at Fenix Marine Services at Pier 300.

But it’s unclear exactly what happened.

“Initially we heard a tire blew and now we are hearing it was a rim splitting. We really don’t know,” said port spokesperson Phil Sanfield.

The terminal was closed pending an investigation by the Port Police, Cal/OSHA and the Coast Guard.

Both of the men were members of the International Longshore and Warehouse Union, which move cargo containers along the docks and repair related equipment.

At the time of the accident the men had been working on the top loader. Normally, those industrial vehicles are more than 10-feet tall and are used to stack and move forty-foot cargo containers.

The death came on the same day the union celebrates annual ‘First Blood’ event, which honors those who have lost their lives working on the waterfront.

Manufacturing, retail and trade reporter Rachel Uranga can be reached at ruranga@labusinessjournal.com or (323) 549-5225 ext. 251. Follow her on Twitter @racheluranga