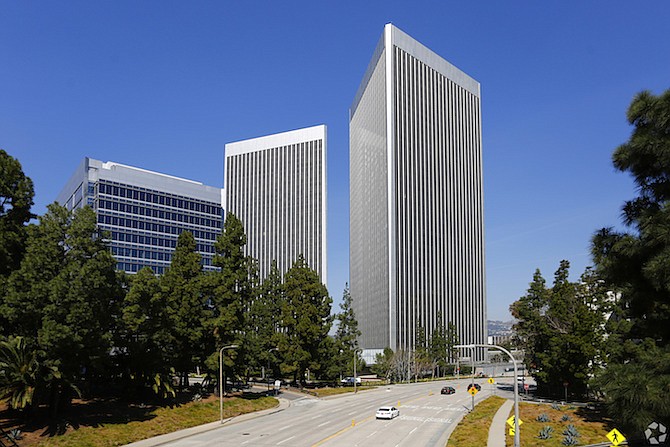 Hines and JP Morgan Chase & Co. have refinanced an office complex in Century City for $1.2 billion.

The refinancing is for Century Plaza Towers, a two-building, 2.4 million-square-foot complex located at 2029 and 2049 Century Park East.

Kroll Bond Rating Agency Inc. analyzed the loan. The loan collateral is $700 million of the refinancing total and is subject to interest-only payments.

The fixed-rate loan has a 10-year term.

The towers are currently undergoing a renovation that includes common areas. The property was built in 1975.

Century Plaza Towers is 92.9% leased to 122 tenants, including Bank of America and Manatt Phelps, according to Kroll.

Hines and JP Morgan Chase acquired the two buildings in 2014 as part of a partial sale of three buildings for roughly $1.6 billion, according to data from CoStar Group Inc. The third building was an 817,000-square-foot office building at 2000 Avenue of the Stars, which is not collateral for the debt.

Century City is among the most desirable office markets in Los Angeles. In the third quarter, the vacancy rate was a mere 4.3%, the lowest in L.A. County, according to data from Jones Lang LaSalle Inc. The asking rate for Class A office space was $6.42 per square foot, second to only Santa Monica in price.