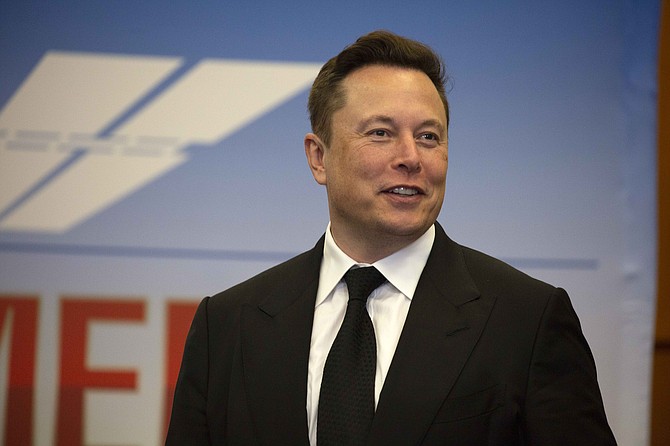 “Mars here we come,” Musk said in a tweet after the test.

According to a statement released by the company after the launch, low pressure in the vehicle’s fuel header tank caused it to descend at a faster speed than expected, leading to the explosion.

SpaceX will attempt to resolve this issue in future test flights and says another vehicle prototype is already nearly ready for testing.

Musk reportedly traveled to South Texas to oversee the test and plans to remain in the Lone Star State indefinitely. He recently told the Wall Street Journal that he had moved to Texas to be closer to the site of Starship development and a new Tesla Inc. factory now under construction near Austin.

Musk does not appear to have any immediate plans to move SpaceX’s headquarters out of Southern California. The company recently hosted a virtual recruitment event with Long Beach-based employment organization Pacific Gateway, and dozens of Hawthorne job openings are listed on the SpaceX website.

Although the Starship remains one of the company’s highest-profile projects, SpaceX continues to launch its tried and tested Falcon 9 rockets at a rapid clip.

The company completed its 100th successful Falcon 9 launch Dec. 6 in a resupply mission to the International Space Station on behalf of NASA.

The spacecraft lifted off from the Kennedy Space Center and arrived at the space station just over 26 hours later, delivering a new airlock and thousands of pounds of other equipment.

The flight comes less than a month after the company completed its second crewed launch, sending four astronauts to the space station in the first of six planned crew rotation missions SpaceX will undertake with NASA.

SpaceX now has two separate capsules docked to the space station, a first for the company.

The recent space shuttle mission was the first time SpaceX has used its updated Dragon cargo capsule, a modified version of the Dragon spacecraft that the company uses for its crewed missions. The capsule can carry up to 328 cubic feet of cargo, weighing up to just over 12,000 pounds.

The vehicle can also carry more than 6,500 pounds of material back to Earth on a return flight and is designed to be reused in future launches.

The spacecraft launched Dec. 6 was loaded up with research equipment, as well as a new airlock, which NASA says will allow for “robotic movement of more and larger packages to the exterior of the space station.”