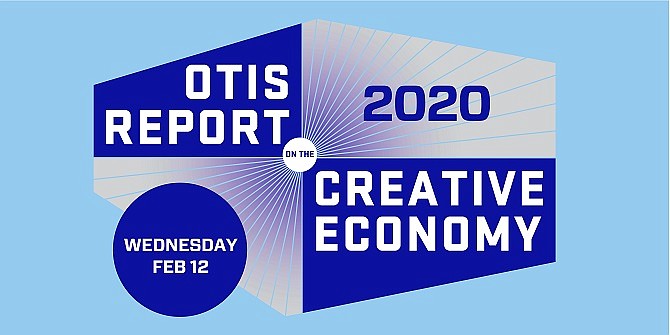 2020 Otis Report on the Creative Economy

The report, released Feb. 12, said L.A. County represents nearly 38% of all direct creative industry employment in California, meaning roughly 1 in 5 jobs in L.A. County are “generated directly or indirectly by multiplier effects due to creative economic activity,” the report said.

The Bay Area is the state's fastest growing region for the creative economy, with approximately 37% of salaried employment and 23% of contract employment in creative industries, the report said.

The annual report is a project of Otis College of Art and Design in Westchester, and it's designed to determine the overall importance of the creative economy in California’s general economic landscape. The report is commissioned by Otis from Los Angeles-based Beacon Economics.

New highlights of the report include the focus on public funding and educational attainment, the gig economy and nontraditional employment among those in creative fields.

Similar to data insights from 2019, the report cites entertainment and digital media as the largest-employing creative sector in California, accounting for 71% of the creative economy workforce.

The report said the sound recording subsector has shown particularly rapid growth, increasing by 22% in the past five years.

In L.A. County, according to the report, the fastest area of growth is fine arts and performing arts, with an average annual wage of $92,000 — substantially higher than statewide average of $68,500 for this category.

Beacon Economics said in an email that all full- and part-time salary workers who receive a W-2 form were counted in order to arrive at the annual wage figure.