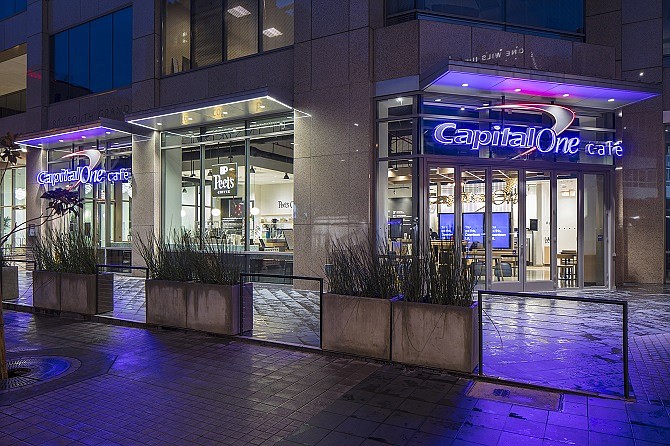 Capital One Financial Corp.’s location on South Grand Avenue does not look like a bank. If not for the signage, it could easily be mistaken for a coffee house.

Two ATMs sit inconspicuously behind a wall of blue grating at the back of the space, adjacent to meeting rooms and a small classroom-like area. It is all open to the public, Capital One customers or not. 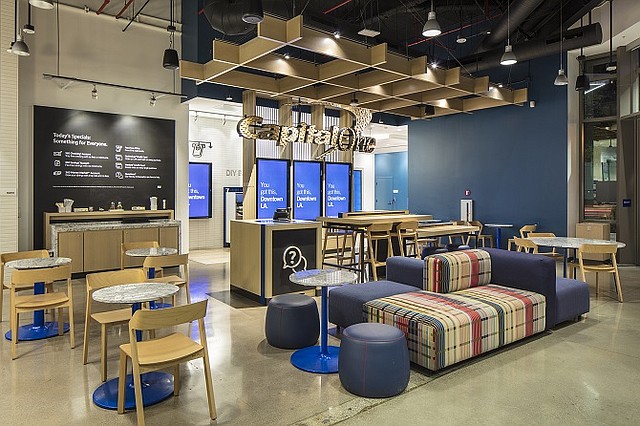 The unconventional location embodies a broader trend as banks across the country trim and transform their branch networks.

Thousands of locations have closed in the decade since the 2008 financial crisis while the remaining branches are shrinking in square footage and redefining their basic purposes.

Nowhere is this more apparent than Los Angeles County, which has more bank branch locations than anywhere else in the country.

For the last six years, L.A. County has also led California in net branch closures, according to data from S&P Global Market Intelligence provided to the Business Journal. Over this same period, the county saw the second-highest branch network shrinkage in the nation, with a loss of 140 locations. Only Cook County in Illinois, with 260 net closures, was hit harder.

Last year alone, banks in L.A. County eliminated 26 branches — a larger net drop than the area registered during the 2008-2009 financial crisis, according to S&P data.

Although pressures to cut staffing and rental costs have likely played a role, experts say the main branch killer is a shift in consumer banking preferences.

Deer said the introduction of the iPhone in 2009 and the rise of mobile banking shortly after increased consumer demand to perform day-to-day transactions on digital platforms.

To keep up, banks have had to ramp up investment in technology.

“The costs related to real estate are going down, but the expenditures related to tech are soaring,” said Deer. “If you look at banks’ operating expenses, those have not gone down materially.”

Branch networks are transforming from the large, transaction-focused offices that were standard across the industry for the last half-century.

Rows of tellers behind bulletproof barriers are being replaced by coffee machines, baristas, free Wi-Fi and banking attendants for customers who need help navigating the ever-growing online transaction infrastructure. Floor plans are shrinking to reduce unneeded square footage and to provide a more intimate environment.

As digital banking erodes the routine need to travel to a physical location, banks are attempting to rebrand and redesign their branches as community spaces.

Capital One has taken this idea to heart with the rollout of combination coffee-house-and-banking branches dubbed Capital One Cafés.

“We found that most customers want to do their basic transactions online,” said Jennifer Windbeck, managing vice president of Capital One Cafes & Branches.

“However, they do want to go to a physical location to do something new like open a new account or use a new service,” she said, “especially when they are feeling stressed.”

Windbeck said one thing that particularly stresses out many millennials, for example, is money management.

That’s why Capital One offers money coaching at its cafe locations in addition to full-service coffee houses, free public Wi-Fi, and seating areas and meeting spaces for nonprofits.

The free consulting service, which Windbeck said does not include any promotion of Capital One products, consists of three hourlong sessions with trainers certified in money management and life coaching.

“We also have workshops like ‘Talking Money with Your Honey,’” Windbeck said of one offering that’s focused on helping couples develop better financial communication habits.

In addition to the South Grand Avenue location downtown, the bank has cafes in Santa Monica and Glendale. It plans to open a fourth location on Hollywood Boulevard in the first half of 2020.

This isn’t the first time banks have reinvented branch networks in the face of changing customer preferences.

“On paper it makes sense,” said Lee Shapiro, executive vice president and director of retail brokerage at Beverly Hills-based real estate investment firm Kennedy-Wilson Holdings Inc. “It works for fast-food restaurants, so it seems like it would work for banks.” 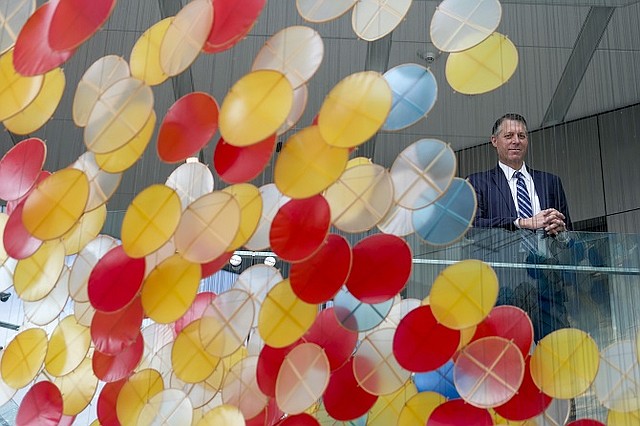 Yet, despite sizeable investments in vehicle-friendly infrastructure, specialized teller windows and pneumatic tubes, Shapiro said many banks are now turning away from the drive-thru format.

The broker, who has been involved in selling and leasing bank branches for the past three decades, said he has sold a series of drive-thru locations in the last year. The top buyer is one far removed from the banking space.

“With the drive-thru already in place, most of those (new) owners look to turn those into drive-thru businesses — namely fast-food restaurants,” Shapiro said.

The vehicle-friendly infrastructure commands top dollar among high-earning chains such as Starbucks, according to the broker.

“They get much less risk this way than building from the ground up,” he said.

He said the trend reflects a shift in what people want in a physical bank location, rather than the extinction of these networks.

“I always harken back to 2012 and 2013 when it was much more difficult for banks,” said the broker. “Now it’s more of a planned trimming of the fat on unnecessary physical locations and space.”

Many consumers are now expecting branches to be even more easily accessible than in the past, according to the broker. This has prompted banks to concentrate their operations in high-density urban areas.

While he has sold many traditional branches, Shapiro said bank demand for new locations in high-traffic areas is still strong.

“I’ve put at least eight to 10 banks in vertical mixed-used developments,” he said.

Shapiro added that banks have found that grouping in a building with multiple other tenants, such as retail shops and restaurants, usually leads to an uptick in deposits.

“It’s just the evolution of what’s required,” he said. “Brick-and-mortar is definitely not going away.”