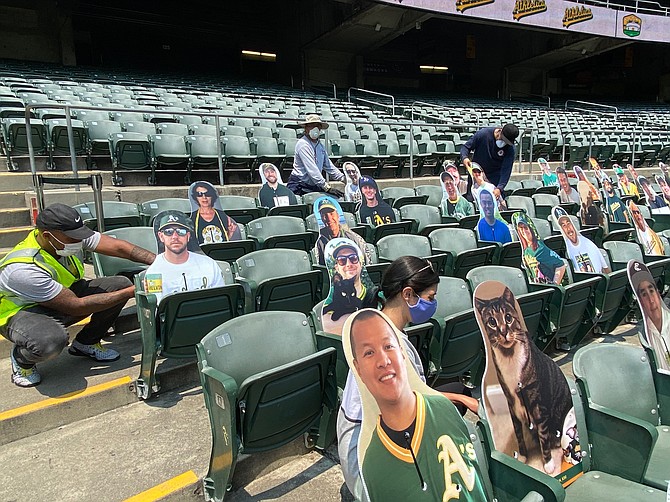 Before the pandemic, whenever there was a major event in Los Angeles — the Oscars, the Grammys or professional basketball games — AAA Flag & Banner Manufacturing’s displays were likely there.

And when the city’s sports and entertainment activities went on a Covid-induced hiatus in March, so did the Mid-City-based company’s revenue stream.

“It was frightening,” said Chief Executive Craig Furst. “My father started the business 49 years ago and built a tremendous legacy in our industry and in the city of Los Angeles, and it hurts me to see how this virus can take a company with 200 skilled workers and shut it down.” 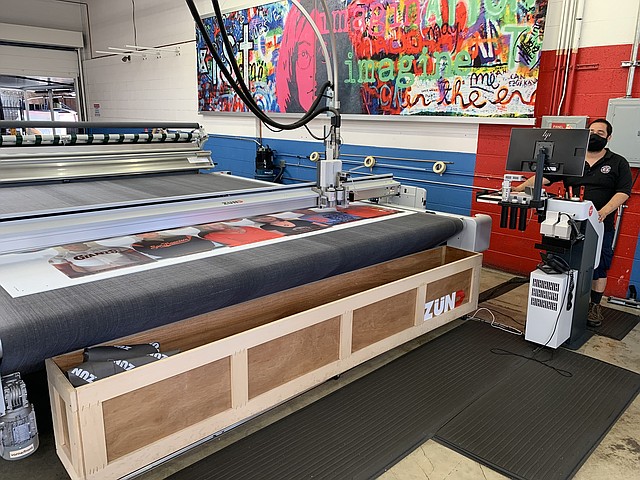 Furst funded these operations in part via the Paycheck Protection Program, which helped him retain about a half of AAA Flag & Banner’s workforce, pay its suppliers, and stay current on rent and other bills.

“We’re running at about a third of our normal capacity,” he said. “I credit the PPP for allowing us that additional support to kind of push us through until this thing’s over.”

AAA Flag & Banner is among nearly 25,000 small businesses based in Los Angeles County that received PPP loans in excess of $150,000 as a direct incentive to keep their workers on the payroll. 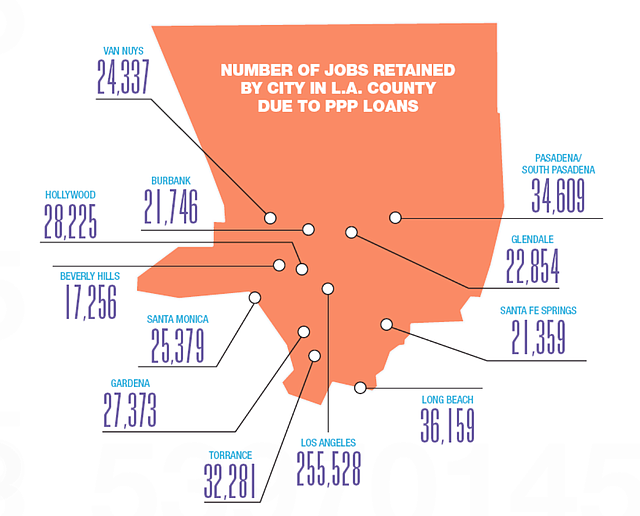 Number of Jobs Retained by City in L.A. County Due to PPP Loans

The federal program, administered through the Small Business Administration, is on track to preserve 1.2 million local jobs, or about a quarter of the county’s 4.5 million workforce, according to data the agency released July 6.

“SBA will forgive loans if all employee retention criteria are met and the funds are used for eligible expenses,” said Tyler Laferriere, an associate economist with the Institute for Applied Economics at the Los Angeles County Economic Development Corp., a nonprofit that among other things is helping companies with fewer than 10 employees navigate the PPP application process.

“I think that for thousands of Los Angeles businesses, and well over a million Los Angeles workers, this means the difference between surviving and not surviving,” he added. “Without it, we would have been in far worse straits than we are in right now.” 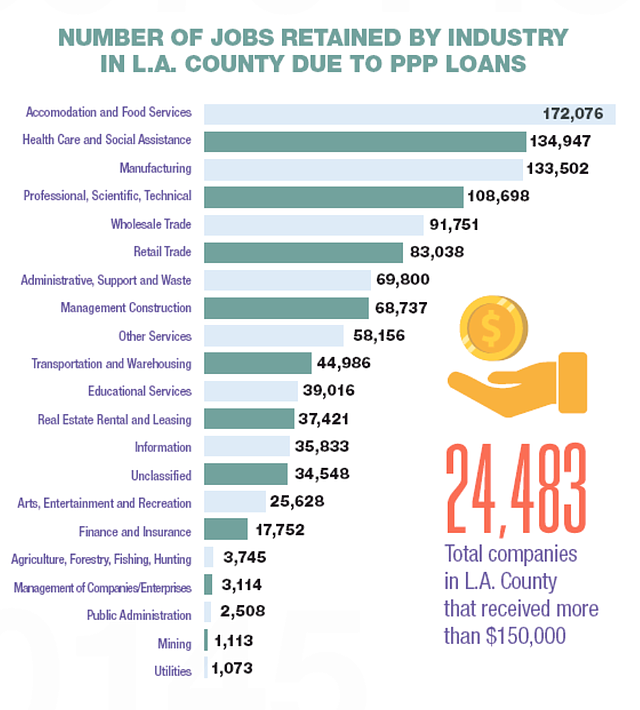 Number of Jobs Retained by Industry in L.A. County Due to PPP Loans

PPP Loans Awarded in L.A. County by Type of Business

Most local companies that were awarded PPP loans — more than 10,000 — are in the manufacturing, health care, professional services or hospitality sectors. These businesses also accounted for nearly half of potential jobs retained in the county, which, according to Laferriere, is not surprising because they’re major industries in the county.

The SBA data set for loans above $150,000 contained the names of companies but not the specific amount given to each company. Instead the loans were divided into five categories. Some 178 companies received $5 million to $10 million on the high end while 14,201 got loans on the other end of the spectrum, ranging from $150,000 to $350,000. 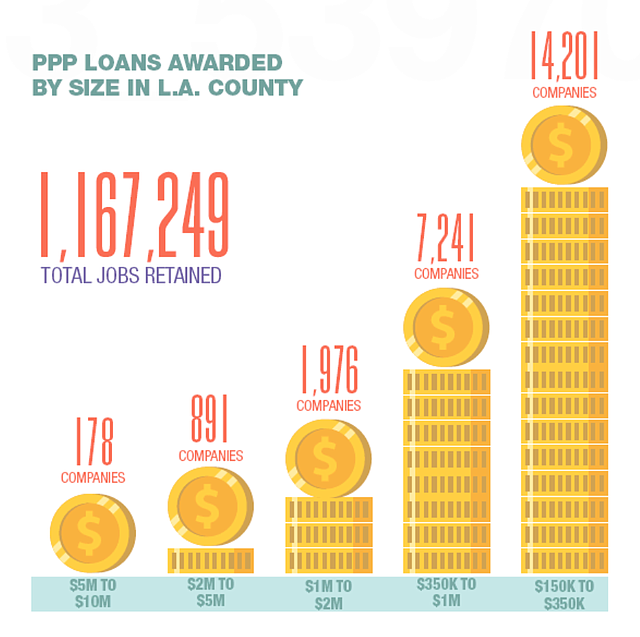 The loan amount report was recently scrutinized in the media, with many small businesses saying the loan they received differed from the data in the SBA’s July 6 release.

A similar issue was raised regarding the number of jobs saved. For example, the SBA shows AAA Flag & Banner retained 195 workers, but Furst said he was able to keep about 100.

Laferriere attributed the discrepancies to clerical errors, adding that the program was “supposed to be a blunt instrument, an attempt by the federal government to throw as much money as possible into the economy that businesses could access to stay afloat.

“And so of course, it was going to be imperfect,” he added. “There were going to be gaps, there were going to be challenges, but we can also see, especially based upon the industries that got help, some measure of success in this program. … Almost a quarter of L.A. County’s workforce was reportedly retained because of these loans, and that does not include the loans that were below $150,000.”

Furst declined to provide details about AAA Flag & Banner’s PPP loan, but he did express concern over Covid shutdowns.

“We were just about to really make a big effort with marketing and sales, but, during the best laid plans of mice and men, government shut us down again,” he said. “We’re survivors, and we’re going to continue to do whatever it takes to survive, but as we keep getting challenged by the shutdowns, it certainly makes it a lot more difficult and a lot, a lot more scary to foresee the future.”