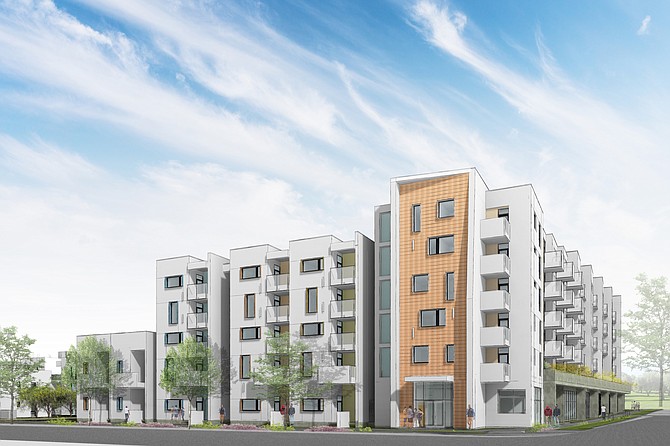 CIT Group Inc. and its banking subsidiary, CIT Bank, have made a $37.3 million investment in the Jordan Downs Apartments Project in Watts, the company announced May 20.

“During these challenging times, our communities need affordable housing more than ever,” Steve Solk, president of consumer banking, said in a statement. “Our financial commitment to the Jordan Downs Apartment Project will help break down barriers and spark transformative change across the Watts neighborhood.”

Jordan Downs is part of a massive redevelopment project. The apartment building is the third phase of the overhaul.

There will be 17 units will reserved for disabled, visually or hearing impaired residents.

The Jordan Downs Apartments Project is expected to be completed in early 2022.

The units will be for low-income residents making 30% to 80% of the area’s median income.

CIT also announced May 20 that it may open a new branch in Watts and make more investments in the area.

Washington Court is a low-income housing tax credit property, which means that tax incentives go to property owners instead of tenants for affordable housing.