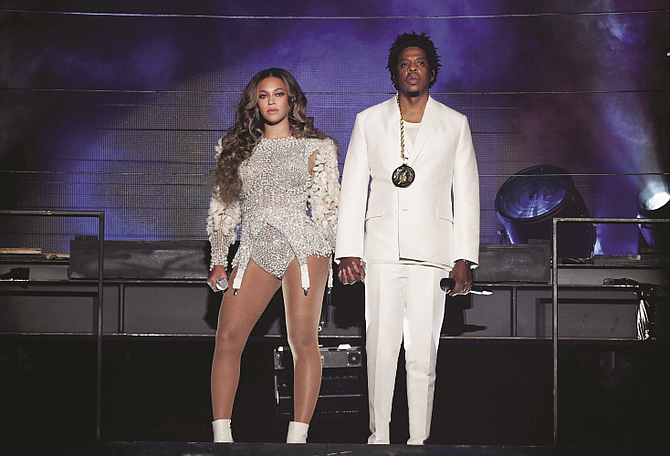 Today, that line is more accurate than ever for the hip-hop giant and his equally accomplished spouse, Beyoncé, who have built a billion-dollar business empire on top of their platinum-level music careers.

The couple’s combined net worth, according to Business Journal estimates, now stands at $2.3 billion, up from $1.6 billion in 2020, thanks largely to their continued strides outside of music.

And Beyoncé’s Ivy Park fashion line, which she acquired outright in 2018 through her Parkwood Entertainment management and entertainment company, continues to explode in popularity, selling out four collections within hours of hitting the market.

Parkwood has also served as home to the multihyphenate artist’s releases since 2011. That includes 2020’s “Black Is King,” a visual and musical album whose lead single “Black Parade,” released on Juneteenth last year, earned Beyoncé her 28th Grammy in March, making her the most awarded singer and female artist in the National Academy of Recording Arts and Sciences Inc.’s history.

Most of the other entertainment leaders on this year’s Wealthiest Angelenos list also enjoyed strong returns over the past year as pandemic-weary consumers sought relief and distraction.

Former Walt Disney Co. Chairman and Chief Executive Michael Eisner, taking a cue from the growing interest in entertainment options, in early 2021 co-founded Struum Inc., a platform intended to offer consumers a la carte access to content from streaming services. Eisner’s net worth this year hit $2.9 billion, up from $2.5 billion in 2020.

Director and producer Steven Spielberg brokered a deal with Netflix Inc. to produce content through his Amblin Partners production company. The new pact will apparently not affect his longstanding relationship with theatrical partner Universal Pictures. Spielberg’s net worth rose to approximately $6.6 billion in the past year after hitting $5.7 billion last year.

Former music executive David Geffen rode out out much of the pandemic on his 454-foot superyacht, “Rising Sun.” His fortune surged over the past year, thanks in large part to his extensive Apple Inc. holdings, which soared in value during the past 12 months.

Geffen donated $150 million to Yale University in June, which renamed its drama school after him. His net worth hit $14.2 billion this year, up from $11.8 billion in 2020.

Another media mogul with a history of philanthropic efforts, Haim Saban, was like Geffen, a primary donor at the soon-to-open Academy Museum of Motion Pictures. Saban and his wife, Cheryl, contributed $50 million to the newest addition to Mid-Wilshire’s Museum Row, which will be anchored by the seven-story Saban Building. Geffen, meanwhile, poured in $25 million to bankroll the museum’s 1,000-seat theater that bears his name.

Saban saw his net worth climb to $4.3 billion this year, up from $3.7 billion last year.
Jeffrey Katzenberg, meanwhile, had a decidedly challenging year, shuttering his short-form entertainment platform Quibi in October after just six months.

Despite $1.75 billion in funding and content from the likes of Justin Timberlake and Steven Spielberg, Quibi marked a rare flop for Katzenberg, a former head of Paramount Pictures, ex-chairman at Walt Disney Studios and co-founder of DreamWorks Animation.

Quibi’s failure did not significantly impact Katzenberg’s net worth, which still managed to increase to $2.1 billion, up from $1.8 billion last year.