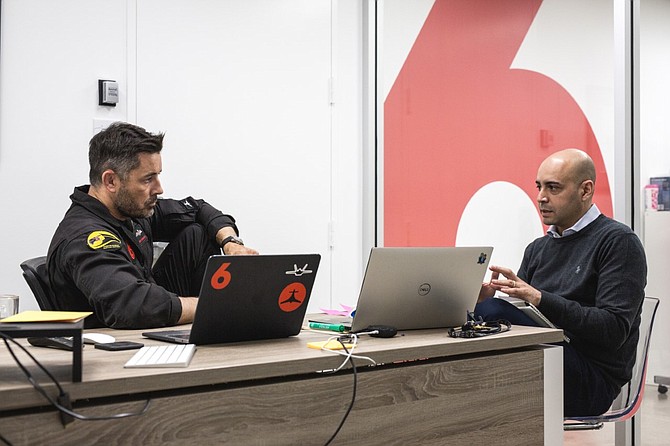 The funding, announced March 1, was raised through a simple agreement for future equity, also known as a SAFE. The round was led by Beverly Hills-based Red Cell Partners, Snowpoint Ventures and Octave. Additional investors include Moonshots Capital, Irongate Capital Advisors, TR Aeroventures and Marlinspike.

"We are thrilled to have such experienced investors that see the potential in Red 6's ultimate mission of assuring the security of the United States and its allies," said Red 6 founder and Chief Executive Daniel Robinson, a former Royal Air Force pilot.

Founded in 2018, the company is the creator of the Airborne Tactical Augmented Reality System, which is designed to be worn by fighter pilots while airborne. The technology includes a headset integrated into the visor of the pilot's helmet.

Images are projected onto the visor, which helps users experience training scenarios — such as air-to-air refueling and combat maneuvering against a reactive Artificial Intelligence enemy — in real-time.

Investor Red Cell noted the importance of Red 6's work. "We understand the problem Red 6 is working to solve, and believe in their solution to modernize the way combat pilots train today," founding partner Josh Lobel said in a statement. "We are thrilled to be deepening our pre-existing relationship with Red 6, and are here to support in any way we can."