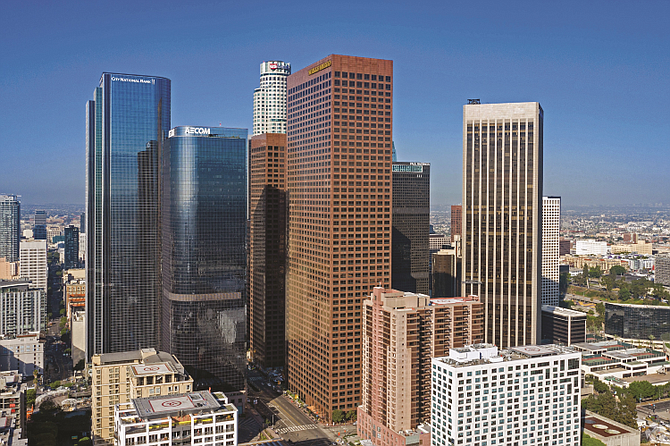 Oaktree is based downtown.

“Investors around the world increasingly want exposure to real estate debt due to its potential to offer attractive yields and total returns with less-than-commensurate risk relative to traditional corporate debt. We’re delighted that our investors continue to appreciate Oaktree’s differentiated approach, sourcing prowess and ability to add value in this space.”

By the end of last year, the fund had already deployed $1.6 billion in investments in the United States, Europe and Australia.

“Oaktree’s breadth and depth of experience and the Fund’s flexible mandate allow us to offer our limited partners an all-weather credit strategy,” Justin Guichard, managing director and co-portfolio manager of real estate debt and structured credit at Oaktree, said in a statement. “Our focus is on private loans and traded debt securities offering attractive relative value within the real estate industry that compare(s) favorably with the rest of the broader credit landscape. This ability to pivot to the most attractive opportunities available at any given time served us well as markets shifted in 2020 and 2021, and we believe it will continue to be a key driver of success going forward.”

It has been a busy year for Oaktree. In December, it was announced that blank check affiliate Oaktree Acquisition Corp. II would merge with biopharmaceutical company Alvotech Holdings to take the Reykjavik, Iceland-based company public in a deal valuing the combined company at $2.3 billion.

Oaktree has raised other substantial real estate funds in the last year as well. In March, the company announced the close of Oaktree Real Estate Opportunities Fund VIII with total capital commitments of roughly $4.7 billion. The fund exceeded Oaktree’s target of $3.5 billion.

Early in the pandemic, the fund was used for distressed real estate-related securities, but it has also been used for public and private real estate lenders and owners experiencing issues with their leverage.