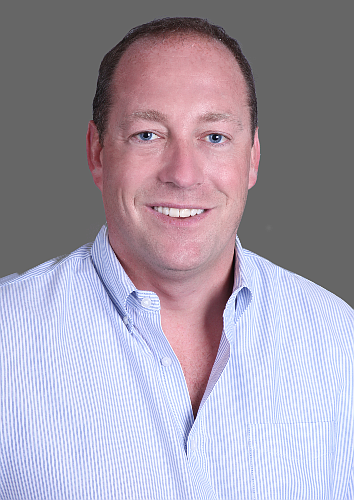 While the creator economy continues to fundamentally change the way many people earn money, Spotter Inc. is trying to help those creators earn more of it. On Feb. 16, the Playa Vista-based company raised $200 million in Series D financing to reach a valuation of $1.7 billion, further reinforcing its position as an emerging leader in technology and data collection, not just conceived but well-funded to partner with and empower its clients.

This latest round is the company’s fourth since it was founded in 2019, and the funding has generated $1 billion for Spotter to invest directly into the creators with whom they sign contracts.

Since 2005, San Bruno-based online video sharing site YouTube Inc. has offered individuals a platform to share content with the entire world, either as a hobby, a part-time “side hustle” or full-time job. Spotter helps accelerate the opportunity for those individuals to develop their voices, grow content libraries and turn fledgling endeavors into legitimate enterprises. Spotter’s predictive engine allows it to both underwrite the value and predict future performance of existing YouTube content.

Although the company’s investors have learned in a short time what its technology can do, selling it to current and future YouTube stars has been a process of educating creators, in particular to demonstrate the advantage it offers because YouTube already compensates creators for content that generates specific levels of traffic.

YouTube stars have historically uploaded a video the generates a certain amount of viewership on their channel, which they can earn compensation for through YouTube’s model. Spotter, however, predicts how much viewership a piece of content might do over the next five years, and then pays the creator for it.

“We think of it not as just providing analytics like some other platforms, but we’re providing prescriptive tools,” Chief Executive Aaron DeBevoise told the Business Journal. “And then when you combine that with money, the growth factor is much larger.”

Chief Operating Officer Nic Paul explained that the financing that Spotter provides is not a loan, so creators are not going into debt to grow business that may or may not materialize.

He called the company’s investments “game-changing capital,” saying that it doesn’t merely look 30 or 60 days into the future of their clients’ needs, but bankrolls the launch of a new unit or production facilities — resources that expand and grow, rather than simply maintain, their business.

Creators retain ownership of their content and can generate additional income from content uploaded after signing a deal with Spotter.
“They’re not losing their revenue stream; they’re still getting monthly checks plus what we gave them,” Paul said.

More than that, however, DeBevoise said that Spotter is trying to capitalize on the value of a platform that can deliver a monetization system for creators to feel like they have a dependent income stream. Because many of their clients are funded through branded integration deals, the most common financial model creators work in is essentially driven by popularity: more clicks for more money.

“It really hampers creative freedom,” DeBevoise observed. Spotter’s platform offers an opportunity to generate recurring income more quickly by educating creators about the value of choices they make, or don’t.

“There’s a massive amount of value in them knowing, ‘Hey, if I put an hour of work into creating content for a platform, I know what I’m going to get out of that,’” DeBevoise said. “We’re trying to add to that equation the lifetime value of every video the minute after they created it.”

Although Spotter’s predictive technology provides the data enabling the company to choose which creators to invest in, its relationships are currently developed and its contracts negotiated by a sales team. Automation of the entire process is reportedly next, including educating potential clients, signing deals and making payouts. A portion of the funds raised during Spotter’s Feb. 16 financing round will be used to facilitate meeting that goal.

DeBevoise said that determining the future value of YouTube content remains challenging. “It’s actually extremely difficult,” he admitted. “But the more information we gather, ... the better we’re getting at it.

In the short time since the company launched, Spotter has already deployed $350 million in funds, generated 40 billion monthly watch-time minutes for hundreds of thousands of licensed videos, and provided services to hundreds of creators like Jimmy Donaldson, also known as Mr. Beast, who gained 123 million new subscribers and increased viewership by 300% since utilizing Spotter funding to expand his channel and language offerings.

Paul said that the company hopes not only to keep funding more creators, but to precipitate a larger cultural change both in what creators put into the economy and take out.

“What we continue to hear is how five, six, eight years ago, YouTube was like, ‘How can we extract value from creators?’” Paul said. “What we’re seeing from a creator’s perspective is leaning into partners like ourselves or others, where they are allowed to remain free and independent to control their destiny.”